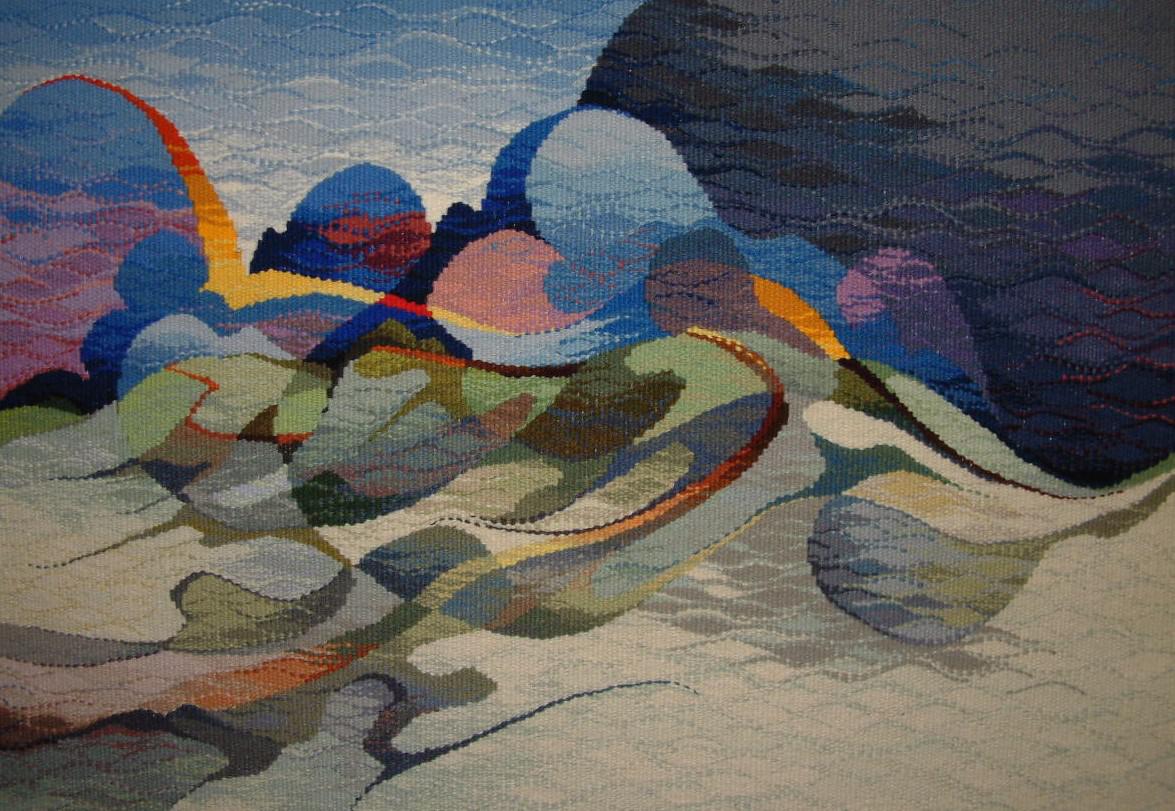 Hadrian’s Wall was built on the edge of the Whin Sill. The dramatic features of crags and cliffs of this undulating landscape being used to great effect in the creation of the wall by the Romans almost two thousand years ago. The wall was to mark the boundaries of the Roman Empire and to act as a defensive line from the Tyne to the Solway.

The Whin Sill rises from the South to the North in a series of successive waves and then drops suddenly in a long escarpment to the rolling plains to the North. It holds a fascinating appearance, likened to gigantic waves throwing themselves on to a shelving shore, coupled with the physical geological landscape, the prevailing winds from the south west bring striking cloud formations. I have linked these two elements where the rounded clouds of the sky are enjoined with the waves of the landscape strata. For here is the “tingle zone”, it is where the physical world and the spiritual world meet.

Along the bluffs and ridges to the distant skyline, the crests of the scarp, the Wall is seen to climb majestically yet calmly. Looking east along “Cuddy’s Crag”, my chosen view symbolises 2,000 years of human activity and the echoes of a long distant past through historical and social links with continuing human occupation. It must be noted that I am viewing the scene from the sanctuary of the wall looking east from whence came the Roman occupation of Europe.

The landscape and the emotions generated are self evident to see and experience. What was more challenging was to incorporate man, his endeavours and his will and determination. My research introduced me to the poetry of E.A.Houseman and his poem “On Wenlock Edge” from “A Shropshire Lad: XXXI”.

On Wenlock Edge the Wood’s in trouble;

His forest fleece the Wrekin heaves;

The gale, it plies the saplings double,

And thick on Severn snow the leaves.

When Uricorn the city stood;

‘Tis the old wind in the old anger,

But then it thrashed another wood.

Then, ’twas before my time, the Roman

At yonder heaving hill would stare:

The blood that warms an English yeoman,

The thoughts that hurt him, they were there.

Through him the gale of life blew high;

The tree of man was never quiet:

Then ‘twas the Roman, now tis I.

The gale, it plies the saplings double,

It blows so hard, ‘twill soon be gone:

To-day the Roman and his trouble

This wonderful piece of descriptive and evocative writing was the inspiration, which resulted in the design incorporating the shadow of a Roman. Those who manned the wall and lived along it have since departed but they have left a legacy. Those physical features that remain enhance their spirits, left so long ago. It is a place where the “tingle zone” is ever present and heightened by the atmospheric cloud and weather formations. Whether becalmed or benign or at the height of a gale, on a bright cloudless day or when enveloped in mist and grey the Wall has a mystical and mysterious presence to all who view.

The weaving of the tapestry provided many challenges but finally came alive on completion. The flashing of the sun on helmets, the dark night sections showing contrast with the bright daytime, combined with the rounded wave like formations all help to make a powerful statement of man’s activity.

The shadow of the Roman has intruded and is ever present and having spent much time and thought I can only quote line 16 from “On Wenlock Edge” to see the final outcome.